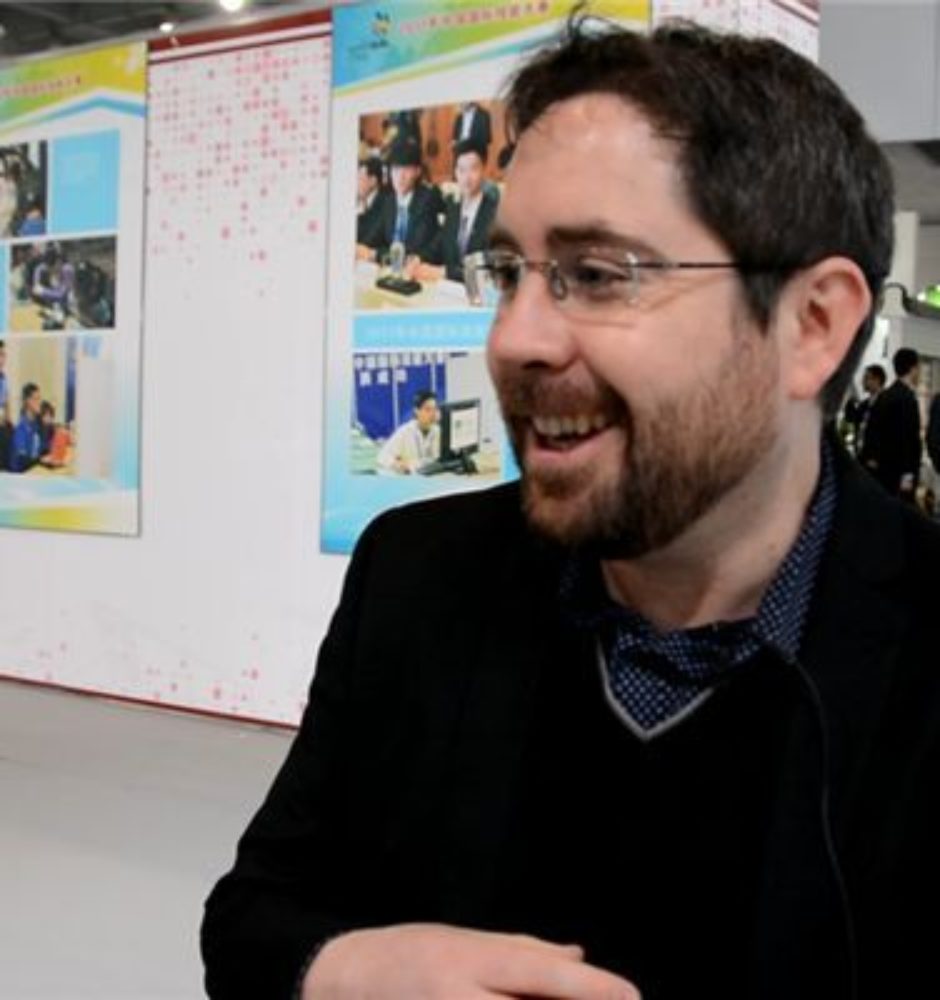 The direction of this “Vestibule and Emotion” thematic team is to study the links between the emotional and vestibular systems, by mapping their reciprocal connections and understanding their functions. Our interest is to develop new research tools such as animal models, and to refine scientific questions by bringing them closer to clinical reality. 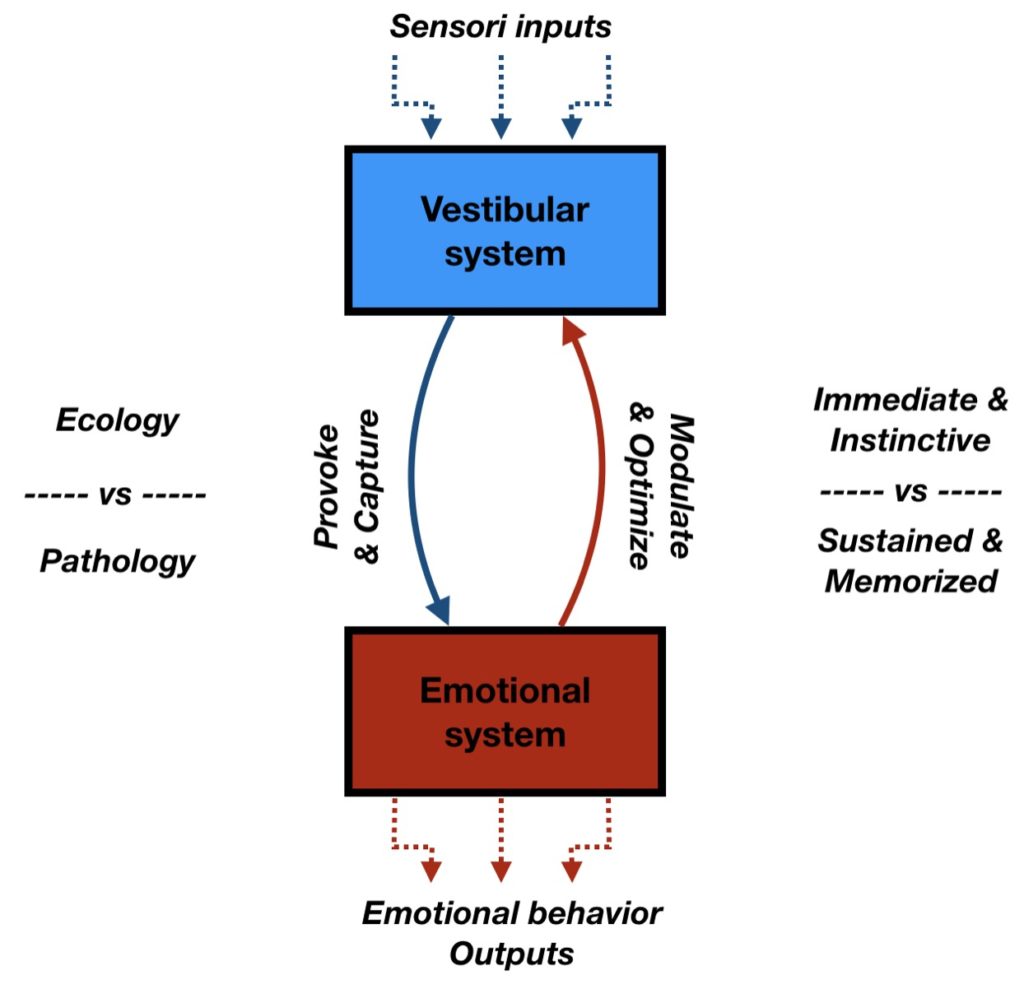 In detail, this work program is structured on 4 axes:

1. From vestibule to emotion: Study of the functional networks connecting the vestibular system and emotional structures

-> What is the map of these networks? What behaviors do they control?

2. From emotion to vestibule: Study of the projections coming from the emotional structures and modulating vestibular integration

-> How do these projections optimize our sensorimotor system, and modulate our perceptions?

4. From emotion to psychiatry : Vestibular-emotional networks deficits may trigger vestibular and/or psychiatric pathologies -> Which physiological disturbances, for which vestibular and psychiatric disorders ? How to rehabilitate the cortical structures, their connectivity, and the associated vestibulo-emotional functions?

The study of vestibulo-emotional networks will be done mainly on animals, in particular rodents and non-human primates, with the aim of being transferred and compared to humans. Methodologically, this research will be based on four main methods:
(i) Neuronal control, with optogenetics and chemogenetics; but also optical neuronal recordings (calcium imaging by fiber photometry), or electrophysiology and photo-tagging.
(ii) Mapping of neuronal networks, through the use of tracers and especially viral vectors (AAV, RV, HSV, PrV…), allowing to carry out antero- and retrograde mapping, as well as polysynaptic mapping.
(iii) The use of transgenic animals, in particular cre lines of mice, releasing the full potential of the viruses.
(iv) The study of behavior: emotional behavior (anxiety, depression, etc.), instinctive defensive behavior, conditioning and extinction. This aims at modeling normal human behaviors in animals, but also pathological disorders.

The dialogue with the clinic is privileged, in the sense that the work on the animal has here value only if it enables to study what we observe in the human patient.

From Basics to Psychiatric

General background of the team:

The sense of balance and depth perception are at the basis of survival behaviors that are still not well understood: the fear of falling, and of heights. It is known that perceptual integration of depth occurs in the vestibular system, and in particular in the deep vestibular nuclei, a sensory-motor integration hub controlling posture and balance during walking (Angelaki and Cullen, 2008). But recent researches has revealed that the brainstem nuclei are far from being primitive, each nucleusprojecting directly to structures belonging to the subcortical network of emotion (Anderson and Adolphs, 2014). These emotional networks control behaviors that are thought to optimize the survival of individuals in dangerous situations: from the rapid coordination of instinctive defensive behaviors (flight or freezing responses, associated with physiological changes such as modulation of heart rate or respiration), to the coordination of persistent emotional states, such as anxiety or fear.
In this context, vestibular clinicians and psychiatrists have already reported for several years that a strong comorbidity exists between vestibular and psychiatric patients (Balaban et al., 2011; Staab, 2016): 30-50% of vestibular patients are affected by affective, psychological and psychiatric pathologies such as anxiety disorders in cases, depressive syndromes, or even states close to post-traumatic syndrome. This is reciprocal, as pre-existing psychiatric conditions are sometimes a predictor of the development of vestibular pathologies (Staab, 2016). We are therefore beyond the hypothesis of the existence of a vestibulo-emotional integration system, but rather facing a clinical reality.

From this point of view the fear of heights protects individuals from potentially painful or even fatal falls. These defensive behaviors require the coordinated activity of vestibular and emotional systems to respond to an imminent fall threat, but also to prepare the organisms to it, and to optimize its response. However to date, the brain networks controlling these vestibulo-emotional interactions remain to be revealed and understood. 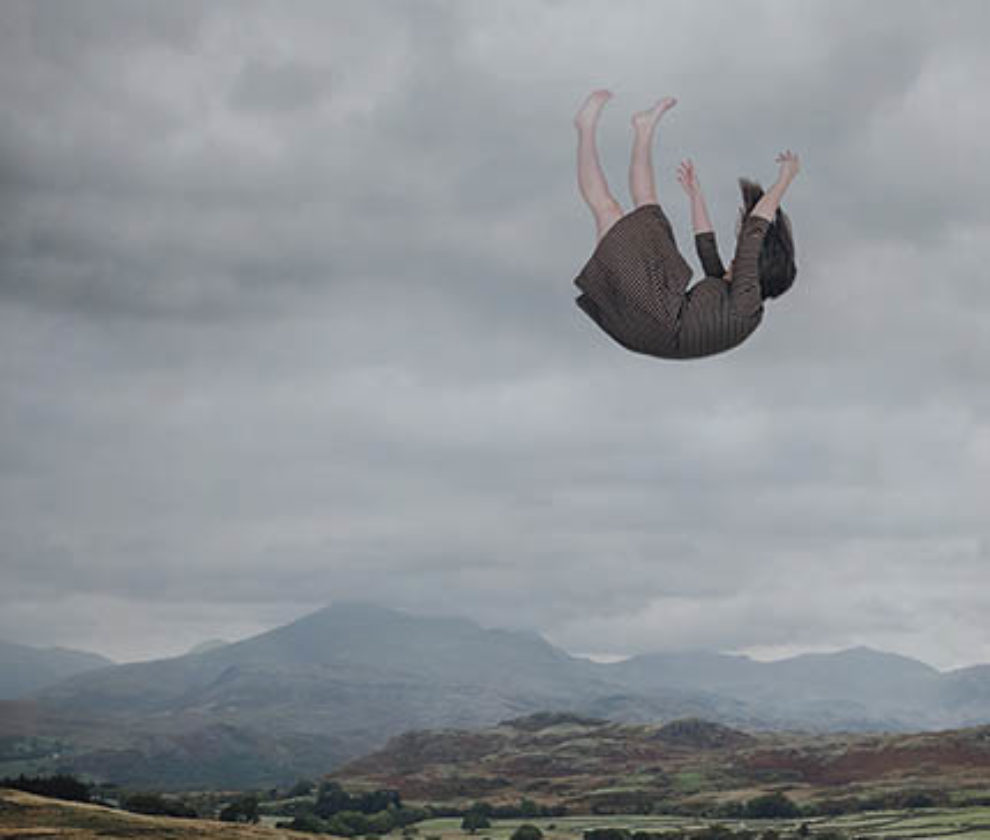